The New Model of Grief

Many of the classic approaches to grief seem to prescribe certain gateway emotions or actions to progress through grief. Those gateways are broad observations from looking at large sample sizes. These observations are helpful (and powerful) in the same way that statistics can identify general trends. Similarly, the most significant weakness is that these observations can not be applied to an individual, just like statistics. As a result, parts of some of the theories will feel like they are spot on in your individual experience. In contrast, the same theory feels like it misses the mark with several other ideas it puts forward. Sometimes, it is better to evaluate a few case studies in-depth rather than a large data set.

A Story From My Grief Journey - Lack of Direction (How Do I Fix This & What Do I Do Next?)

After my mom passed away, I struggled to talk about her. There were a few reasons, but two that always floated to the top were the suddenness of losing her and then the private lifestyle that I live. Having spoken with her just hours before her fatal stroke, it was just too soon and I couldn’t talk to people about what had happened to her. Emotionally I wouldn’t be ready until roughly 14 months later.

When close family friends were kind enough to approach me and share their fondest memories of my mom, I listened and hung on every word. Still, the version of my mom that they shared was just different enough from the version I knew that I couldn’t relate. My mom often told me that I was the only person who really understood all of her. At least the parts that she was aware of.

She wore her heart on her sleeve. Metaphorically, she had to wear long sleeves to display her big heart, but she restricted herself to short sleeves for the majority of her life because of how often she had been hurt. That meant that when some people shared their version of her with me, I could tell very quickly that they only knew my mom superficially. They knew the character associated with the mask, but they didn’t know her.

I felt that I couldn’t process my emotions and feelings because I couldn’t talk to anyone about them. I felt like I couldn’t let go of my mom and just move on. I did find some relief from the stories of my mom when she was younger. I learned about many formative experiences that she had. From learning about those experiences, I gained a greater appreciation for everything she had accomplished. There were also a few people that shared the same sense of her as I did. Unfortunately for me, when they were ready to talk about my mom, I wasn’t. 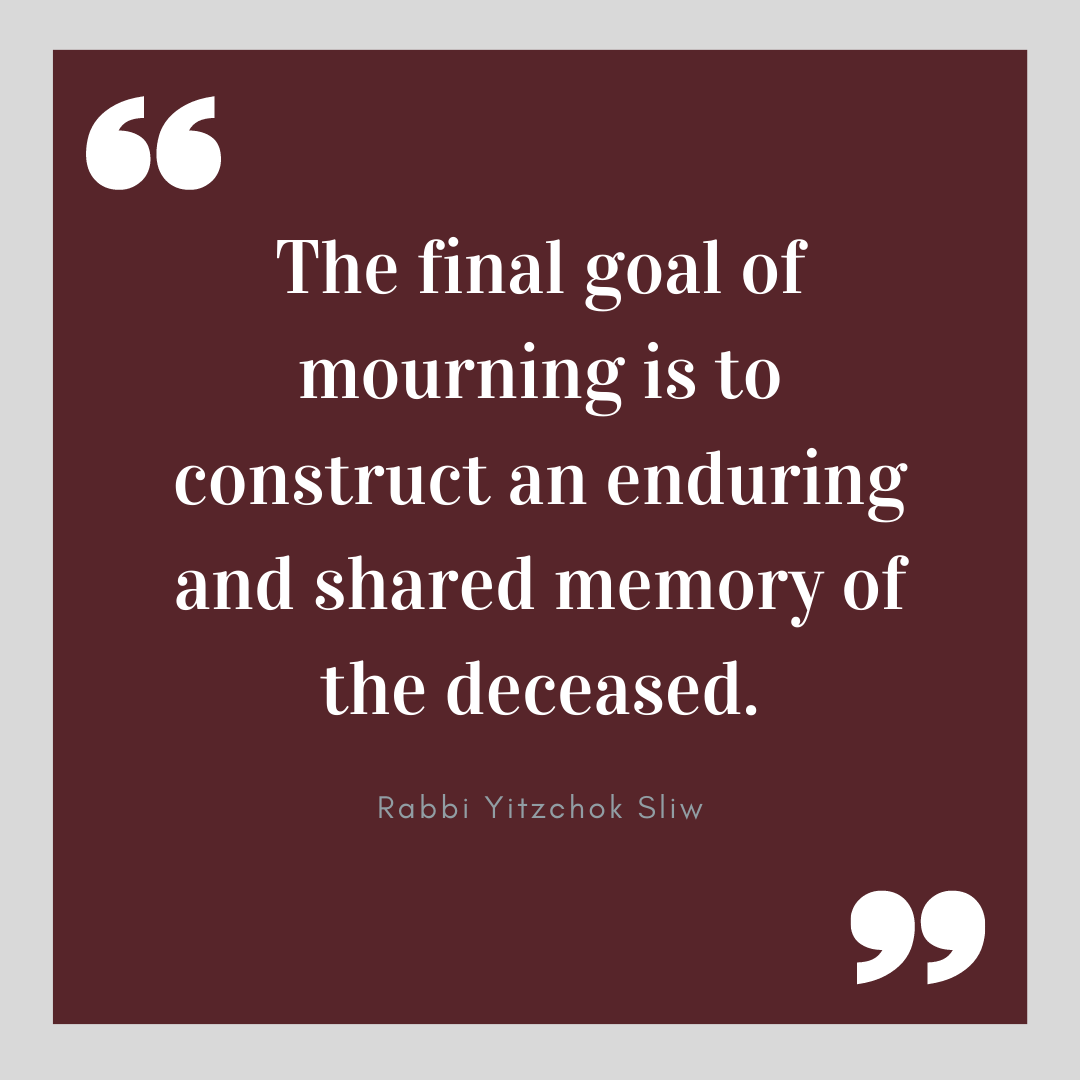 The New Model of Grief by Dr. Tony Walter PhD

This theory’s inspiration came from the mismatching of classic bereavement research compared to Dr. Walter’s personal experience with two deaths. Dr. Walter then reflected on what he experienced and suggested a new way to think about grief, and gave practical advice on productively moving through it. I highly recommend you read the paper for yourself by clicking here. Inside the document, Dr. Walter has many personal examples illustrating the New Model of Grief in a relatable way.

Dr. Walter’s theory can be summarized by a quote from one of his family friends during his father’s funeral, “..we should keep the spirit of the deceased alive, that we acknowledge them as a continuing member of our family and community. We are who we are in part because of who they were, and we are denying reality if we try to leave them entirely behind.”

The New Model of Grief has 5 fundamental assertions that we, as nonacademics, can utilize in our lives. The new model suggests that:

In the paper, Dr. Walter also expanded on the complications that can occur when communicating with others who knew the deceased. “Different members of the same family may grieve in different ways or at different rates, making communication very difficult and the creation of a shared understanding of the role of the deceased in the family almost impossible.”

The communication barriers can be further complicated because of other generational, cultural, and religious expectations. “Norms for talking about death are changing, so different generations may no longer know how to communicate with each other on the matter - a traditionally religious grandparent, a stiff upper lip parent, and an adult child who has learned to be more expressive may have great difficulties communicating at precisely the moment they most need to.”

Dr. Walter referenced Rabbi Sliw’s idea that “the final goal of mourning is to construct an enduring and shared memory of the deceased.” Dr. Walter also beautifully encapsulates one of his bereavement experiences after many conversations with friends and family of a deceased friend by saying, “I began to understand her and my relationship with her as never before. I had lost my best friend, and yet in a way I had found her for the first time.”

The Application of The New Model of Grief in My Life

I certainly felt the anger described in Dr. Kubler-Ross’s 5 stages of grief. Dr. Worden’s 4 phases of grief seemed to make sense but were too general for me to take any actions based on it. I love Dr. Wolfelt’s Companioning Approach, but I can’t companion myself, and it is a bit awkward to teach someone how to companion me. I had all of this theory, but nothing I could actually do with it.

After experiencing 5 deaths in 3.5 years, I was finally able to figure out that I didn’t need to let go of my mom. My mom is a huge part of who I am today. Every time I tried to “let her go,” I was attempting to kill a part of myself. Self-harm is the opposite of self-help, but it’s not easy to see that while being stuck in an emotional vortex. As time passed, and I took more of a support role during our most recent losses, I was able to take a step back and observe others that were going down the same road that I had.

As I watched, I still couldn’t conjure the words to describe the healthy grieving activities that were happening before me. I was watching the rebuilding of a shared representation of the deceased. The exchange of photos, stories, and memories were all in an attempt to focus on the character of the person that had passed away. People were sharing to ensure that the deceased’s memory wasn’t lost.

The New Model of Grief resonated with me more than any other theory that I have encountered. One of the most incredible parts is that it was published all the way back in 1996. Grief theory won’t show up on the nightly news and isn’t something we think about until we find ourselves in the middle of it. If someone can only learn about a single grief theory, I would recommend that they read the 20-page paper by Dr. Tony Walter on The New Grief Theory.

A large reason why I founded Living Observance was to do exactly what Dr. Walter describes. I needed to find a secure place for my mom. I also needed a way to collect the gems that family, friends, and neighbors were eager to give me. I wasn’t able to engage with them when they were generously trying to help me. I wanted a way for them to contribute their memories when they were ready, and I could digest them when I was ready. All of this needed to be stored in a permanent and easily accessible way. 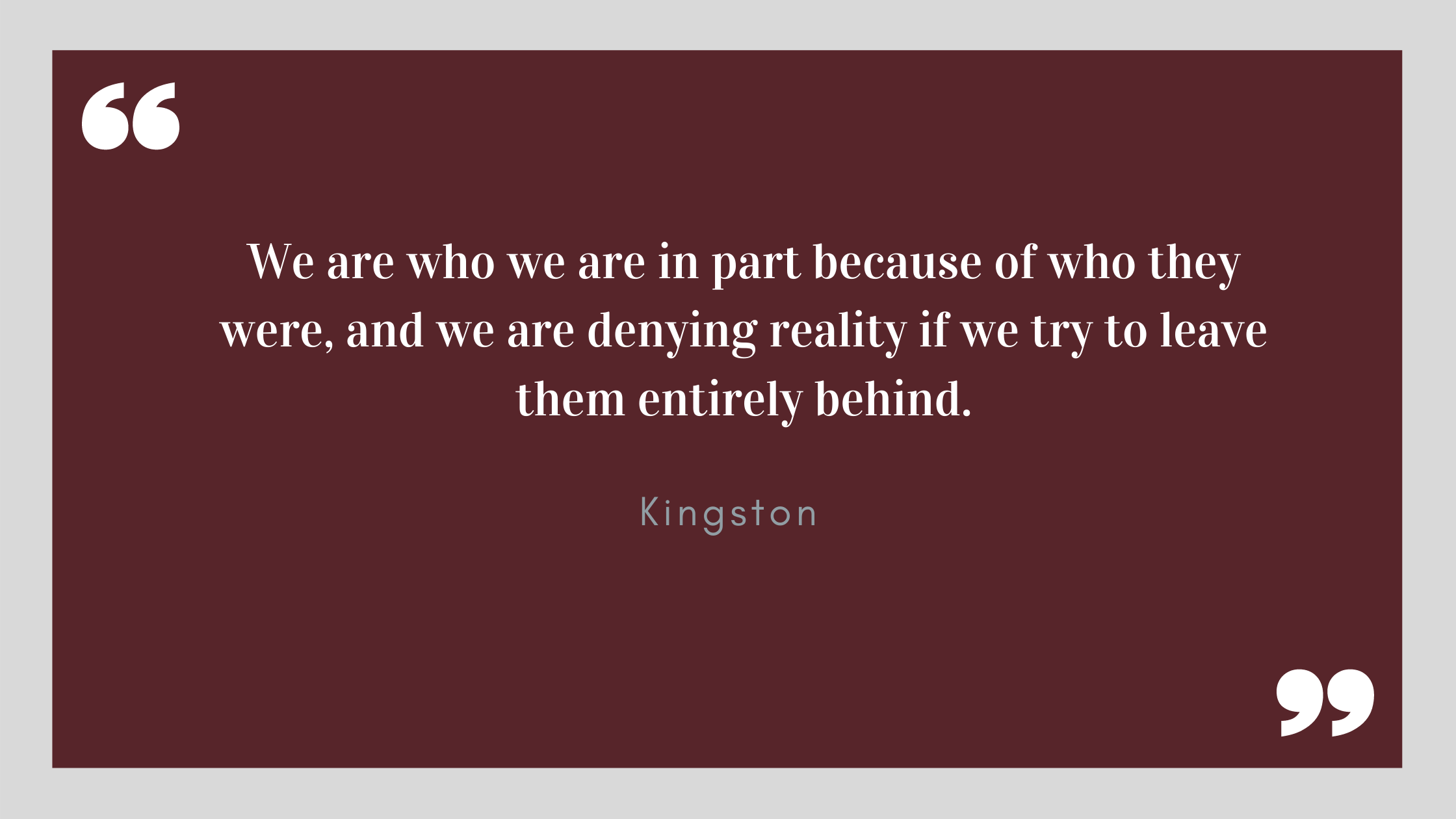 Grief theories are continually developing and adapting to the new information that we learn. There most likely isn’t going to be a single theory that matches your experiences exactly, but there will be several that touch some aspect of your journey. The more touchpoints you encounter, the more you will understand yourself and, more importantly, what your needs are to heal.

What do you think of Dr. Walters New Model of Grief? Are you enjoying the posts about grief theory? Is there a theory that you want us to cover? If you enjoy these articles about better understanding grief, join our mailing list to ensure you are notified when the next theory comes out.

Make sure you enter all the required information, indicated by an asterisk (*). HTML code is not allowed.